Technically, it’s not a drone, it’s a multicopter. Or, more specific a hexacopter.
Multicopters and RC airplanes caught my attention. After reading about it for a while, I decided to build one.

To keep things simple, I decided to build a popular kit from DJI, the F550.
I choose the F550 over the F450 because of the better flight characteristic for aerial photography and extra redundancy in case of an engine or prop failure.

After a lot of searching, this is the final setup: 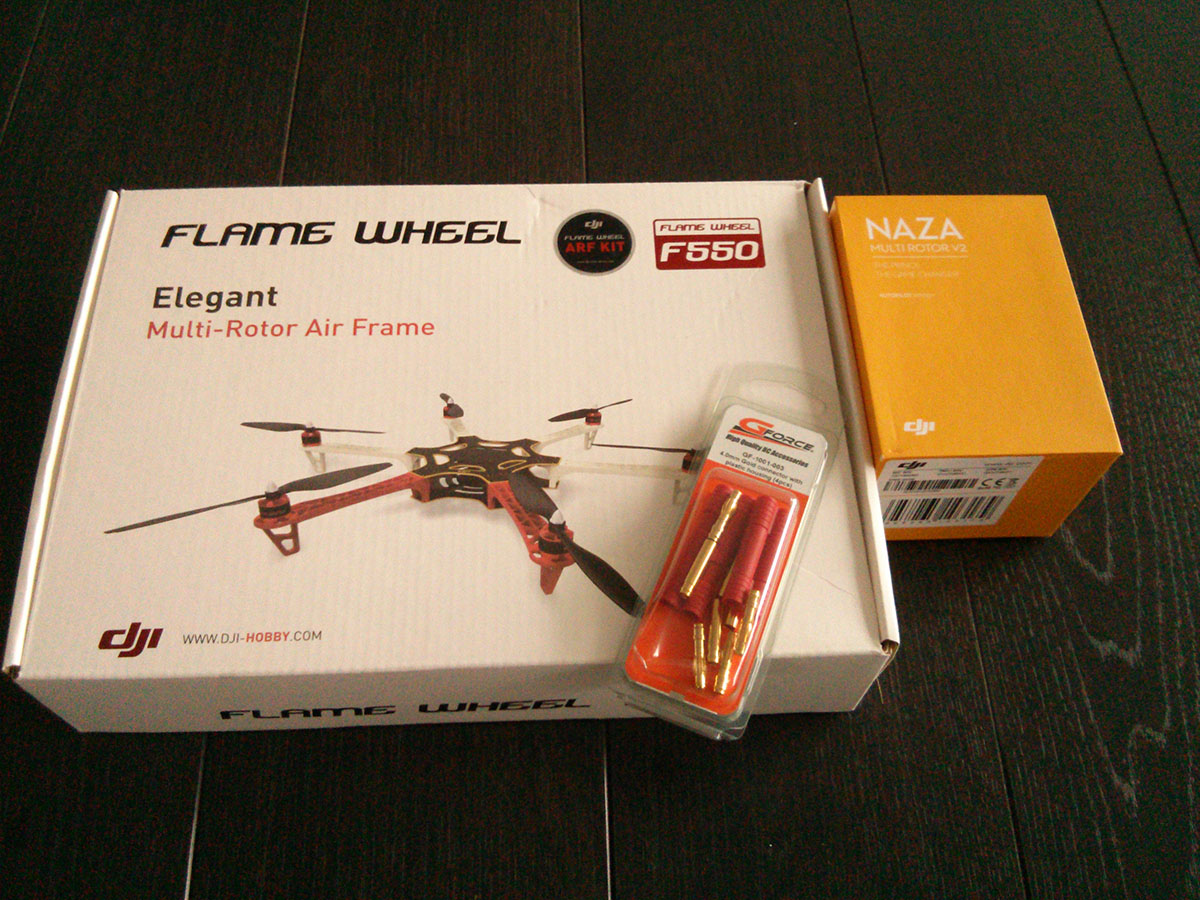 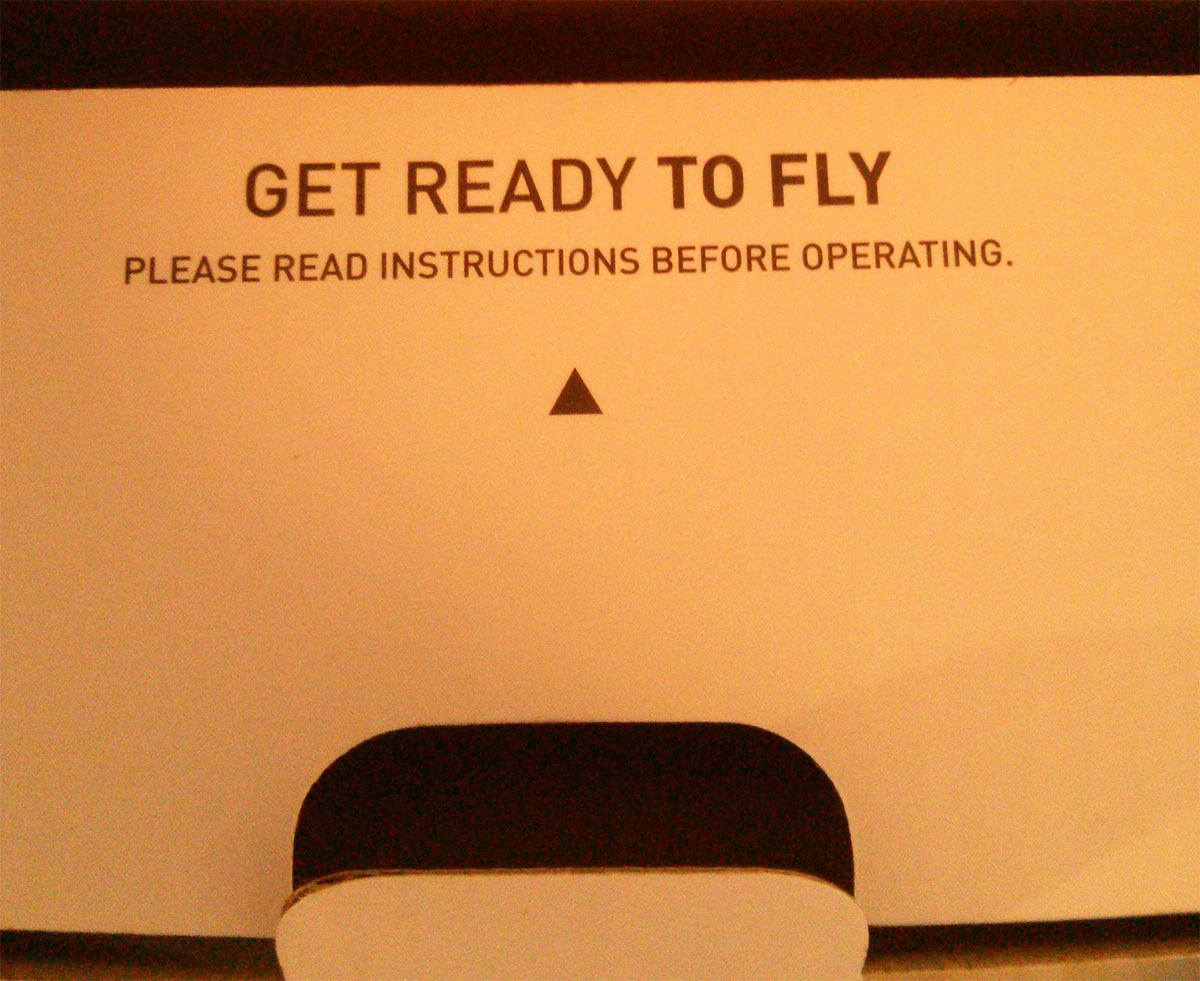 Everything unpacked and ready to go. 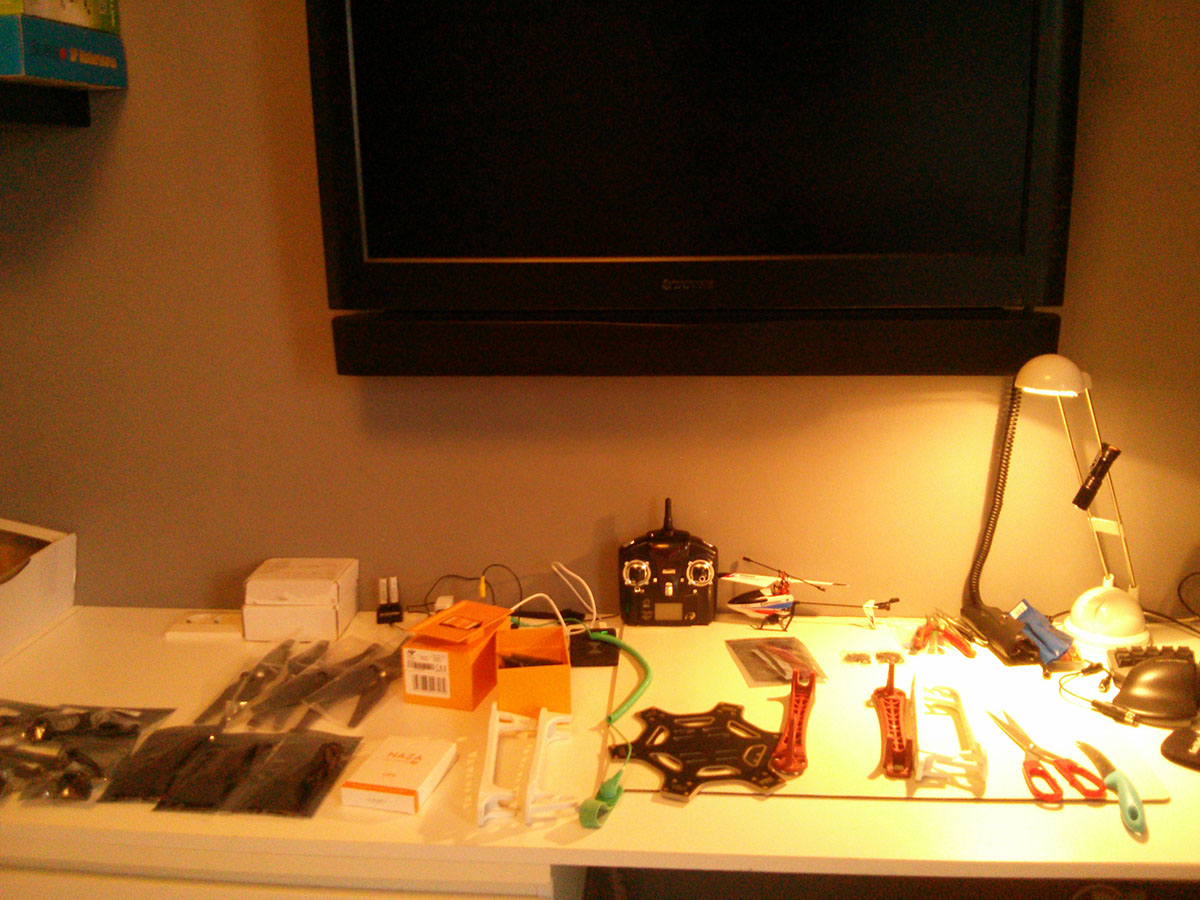 I laid out the components first, later in the process, I will make it look neat. ESC’s are solderd to the bottom baseplate. 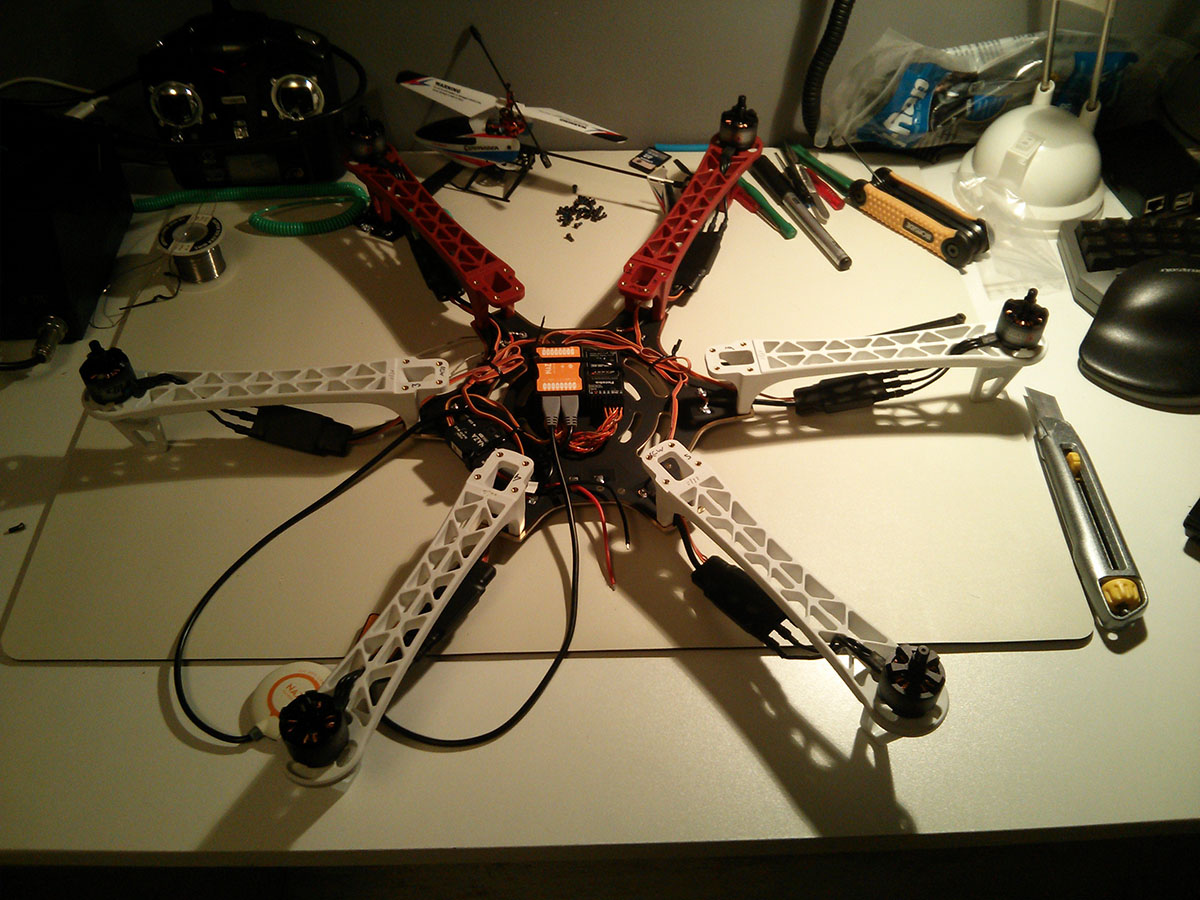 Determining the placement of the components. The naza got places at the center (of gravity) later in the process. 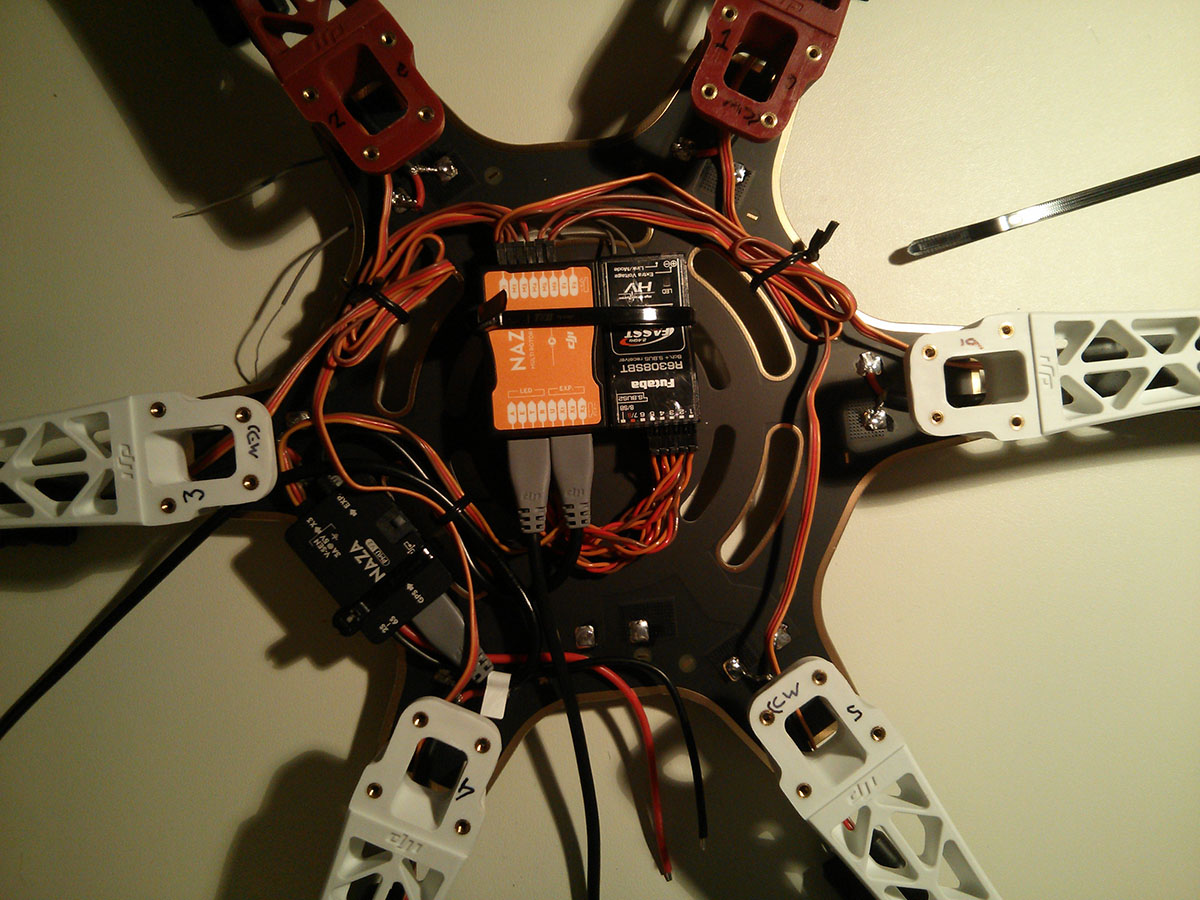 After this I got the landing gear setup. 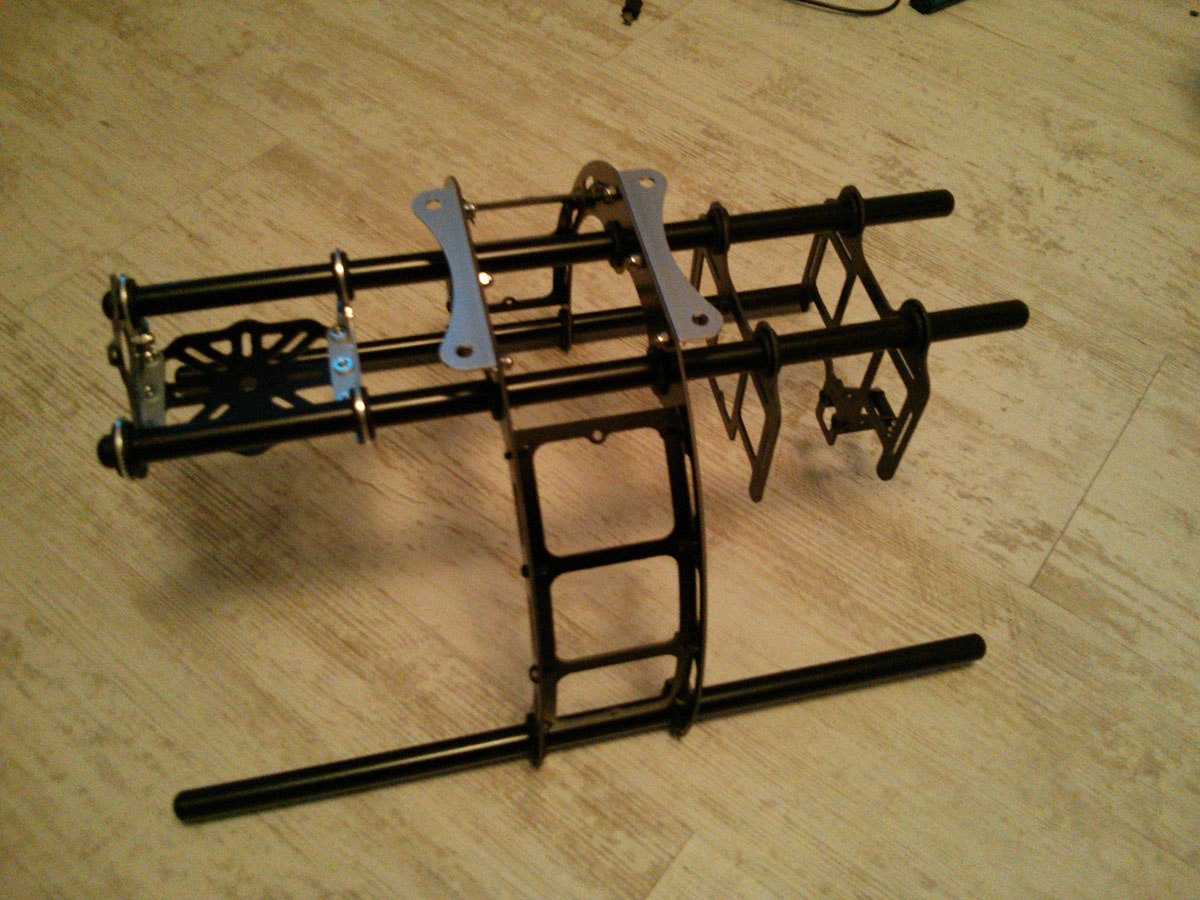 Let’s see how this fits.. doesn’t look to bad! 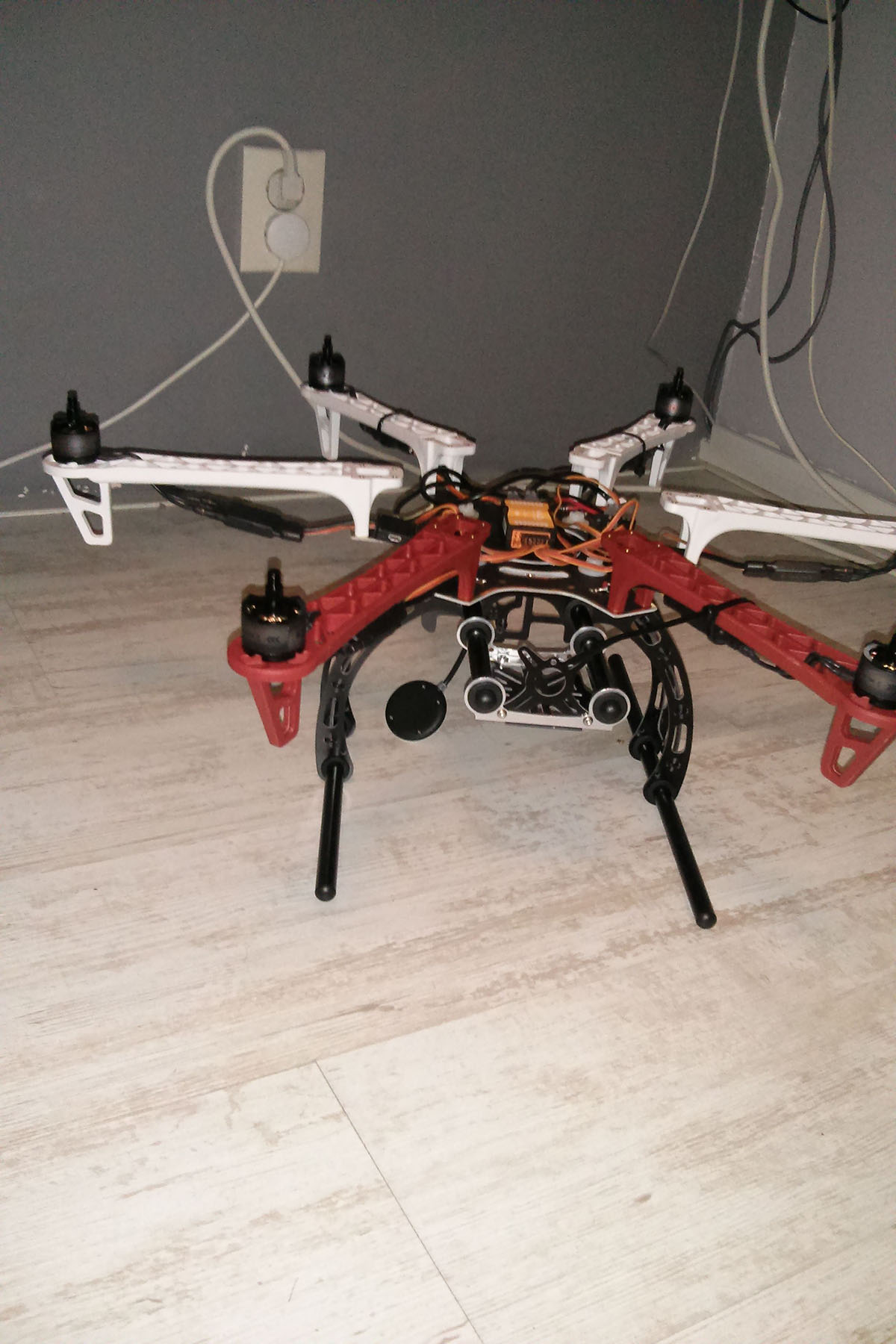 Because I didn’t like the look of the standard ESC wires, I ordered some wiremesh at Hobbyking to make it looks more clean. The mesh also adds some protection. 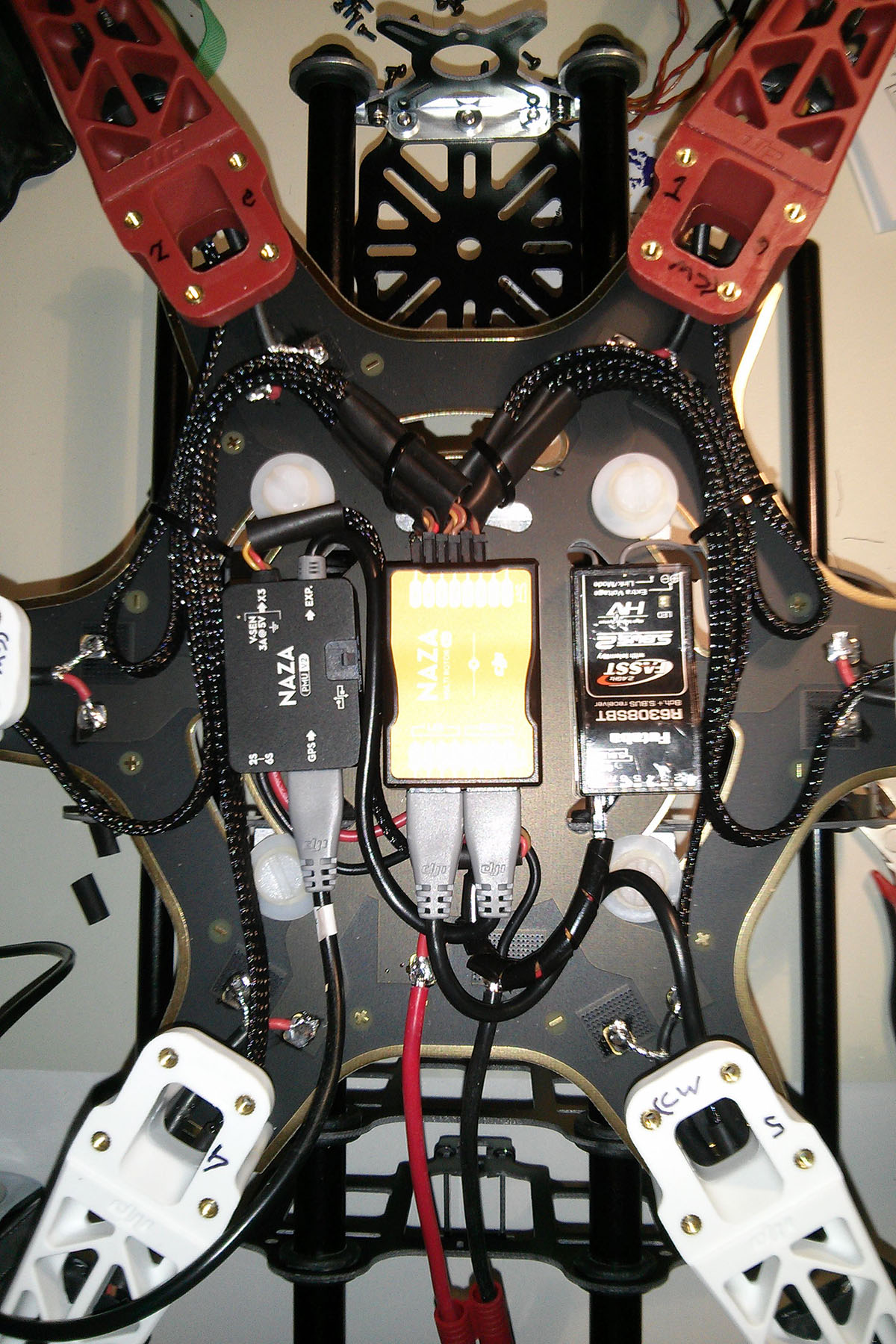 After this, I did a little testflight, the maiden.
unfortunately I had the flightmode in manual, and without any flying experience, this resulted in an immediate crash, costing me a propeller. 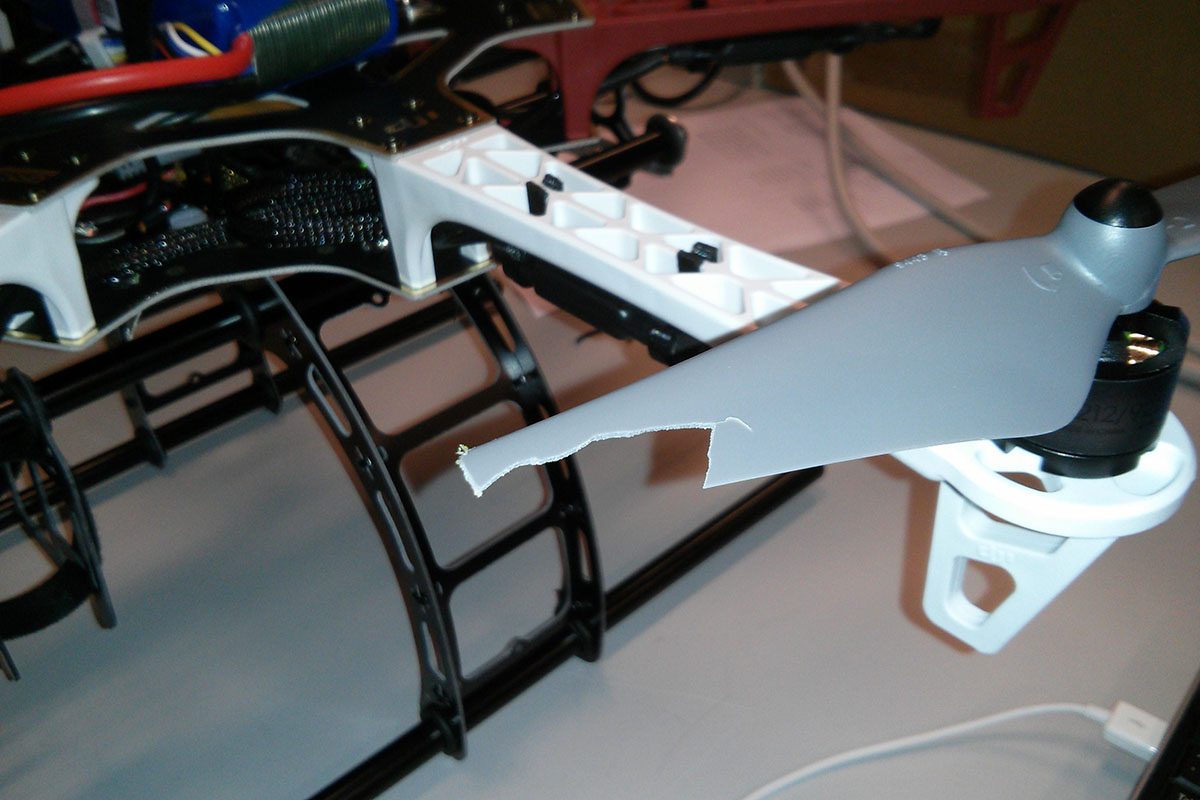 Well, it flies! Time to make everything neat and start building on the FPV gear.

I laid out all the components.
It’s a Partom FPV 1.2G 1.3G 8CH 800mw Wireless AV Transmitter And Receiver I ordered from banggood. And a 600TVL Sony cam.
because I use 4S battery’s, I also use and UBEC to step the voltage down to 12V DC. 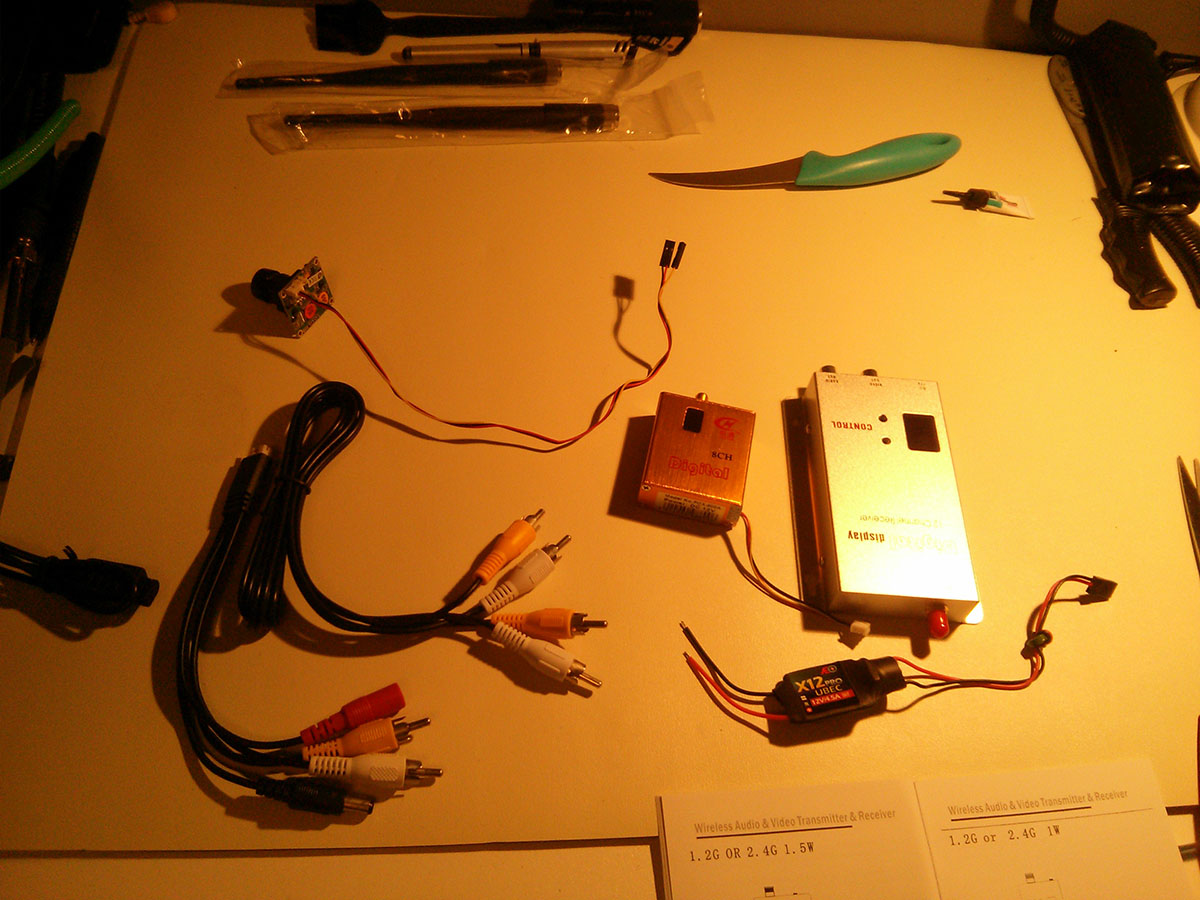 This looks like the best place for the video transmitter. 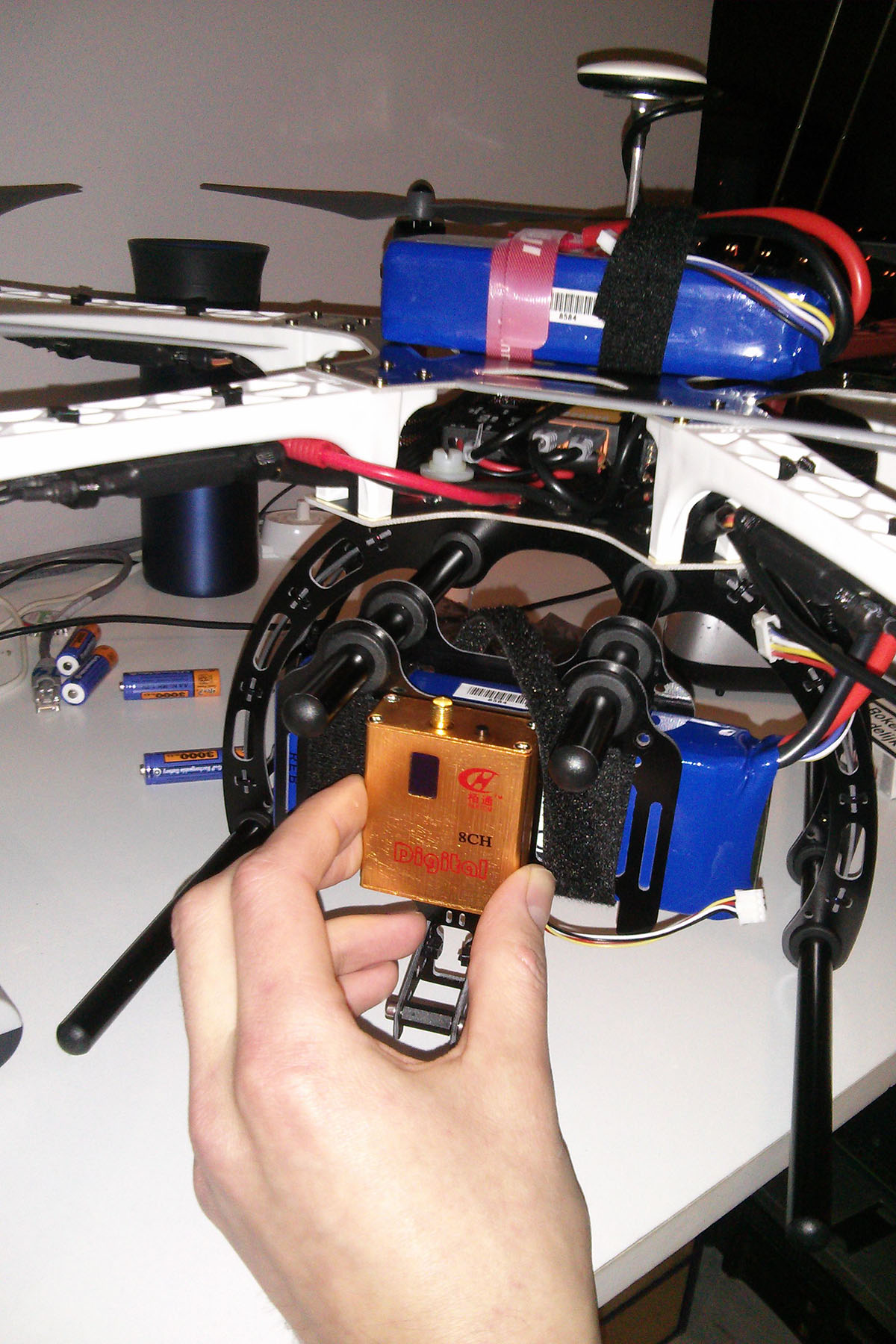 I have also sleeved the cables of the FPV components.

All wires come together on this little printboard. 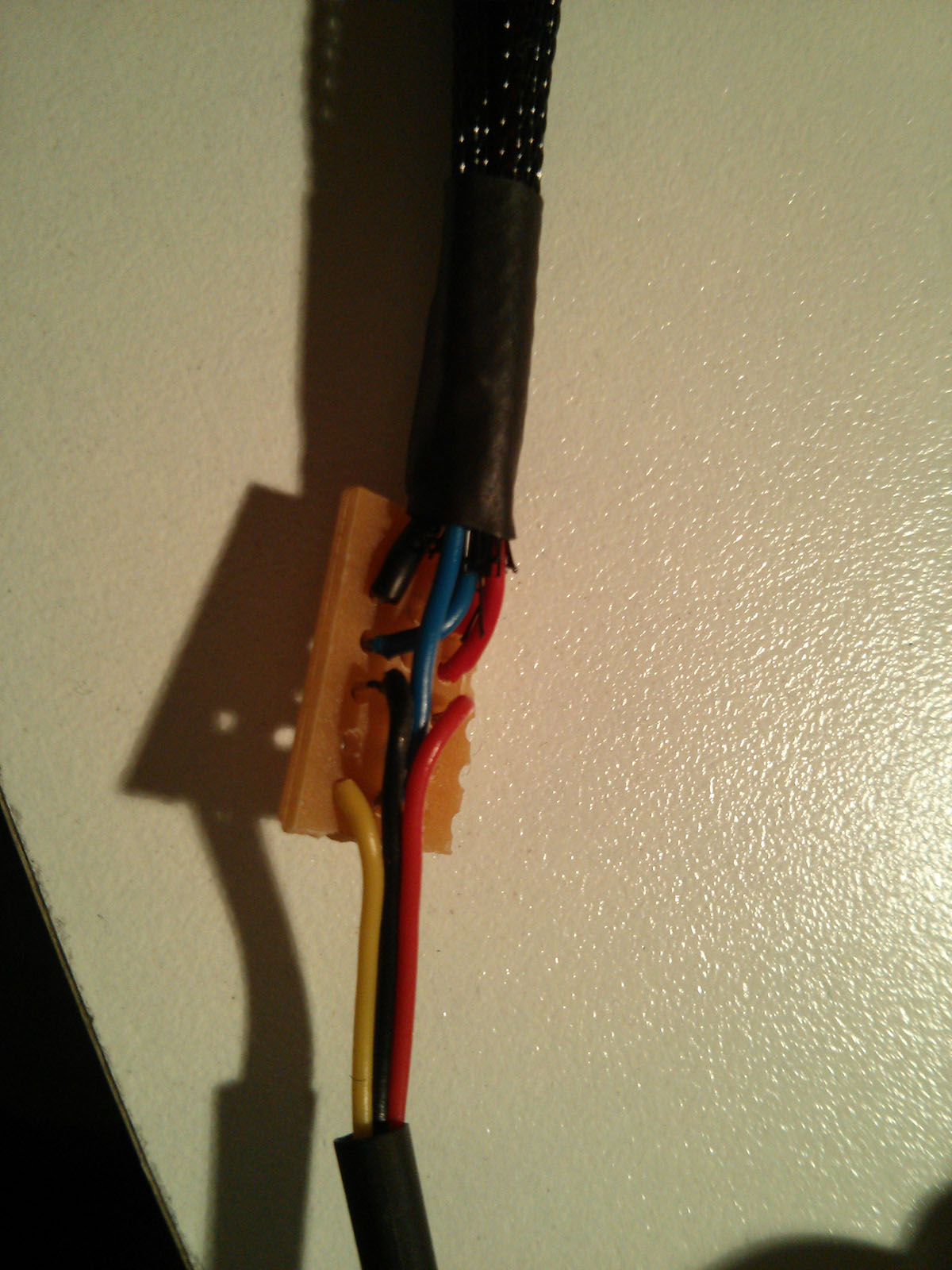 I used an old PC power supply for 12V during the test. 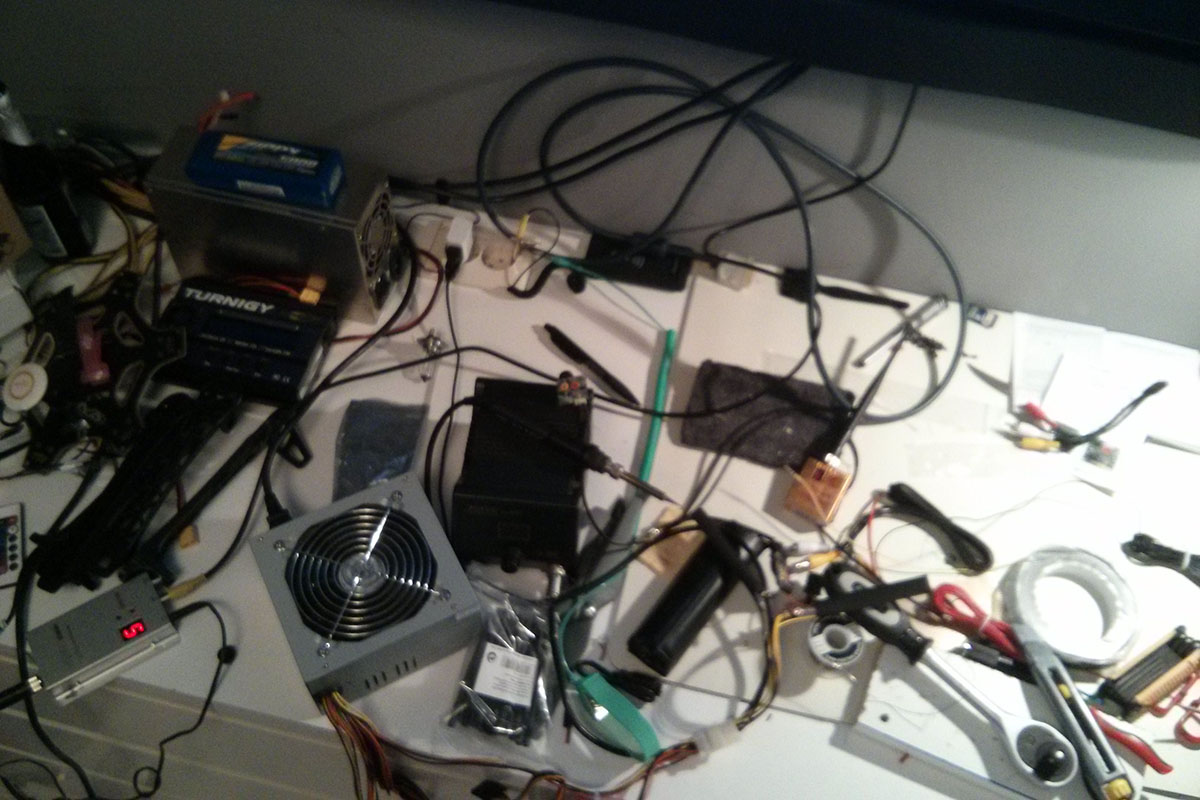 We have wireless video! 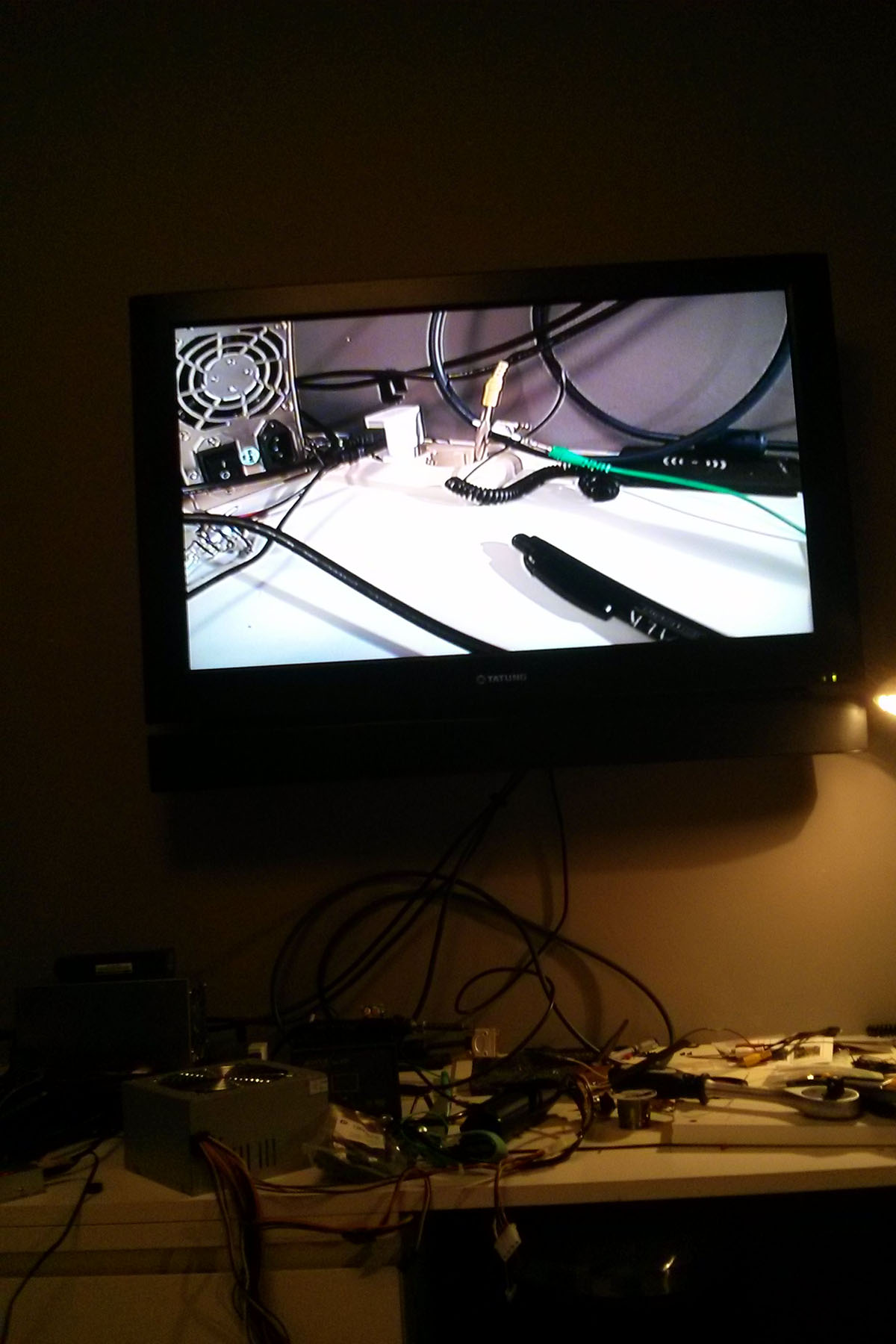 After this, I cleaned up using wiremesh and heatshrink.

Everything placed on the F550 frame. 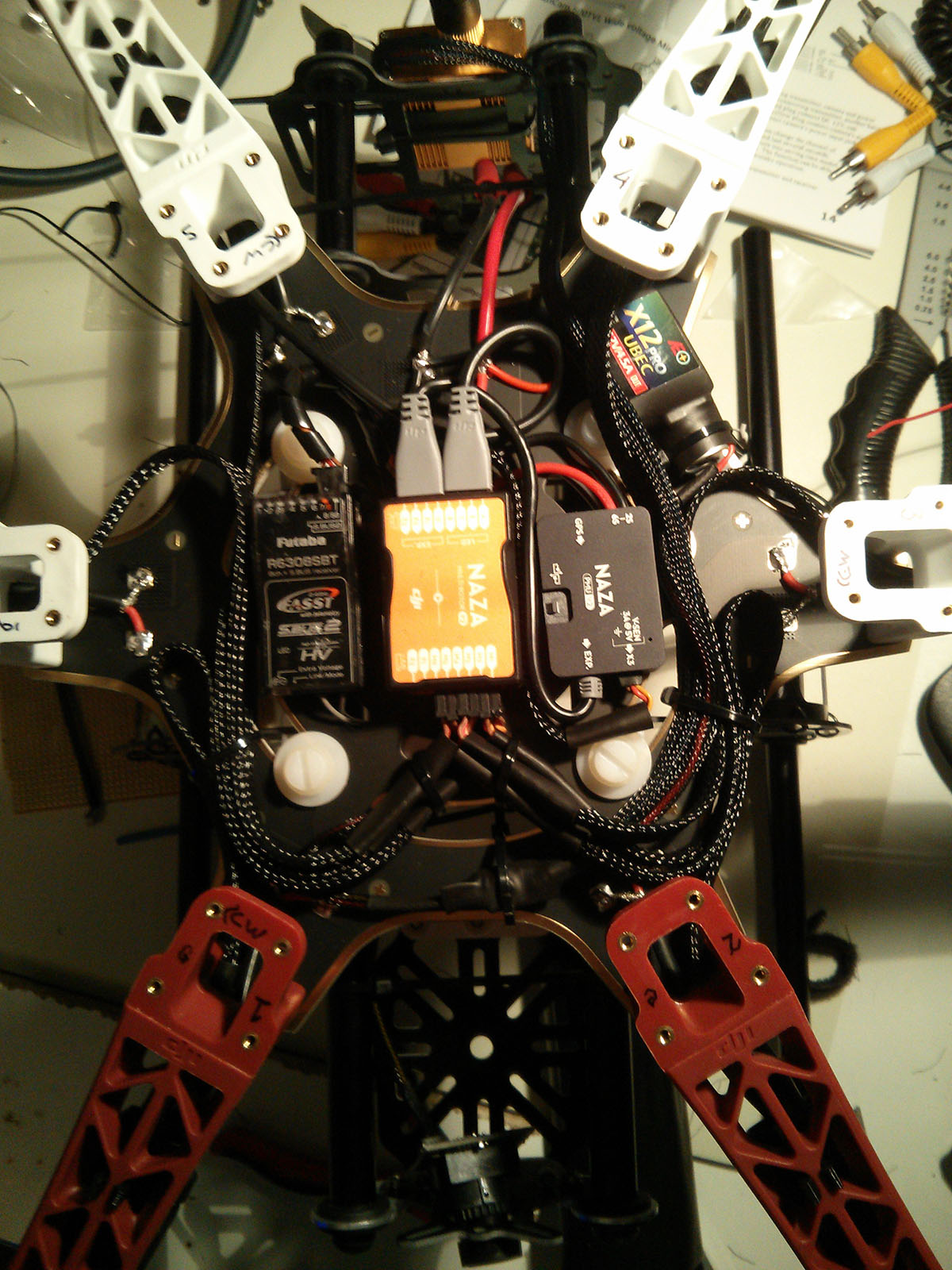 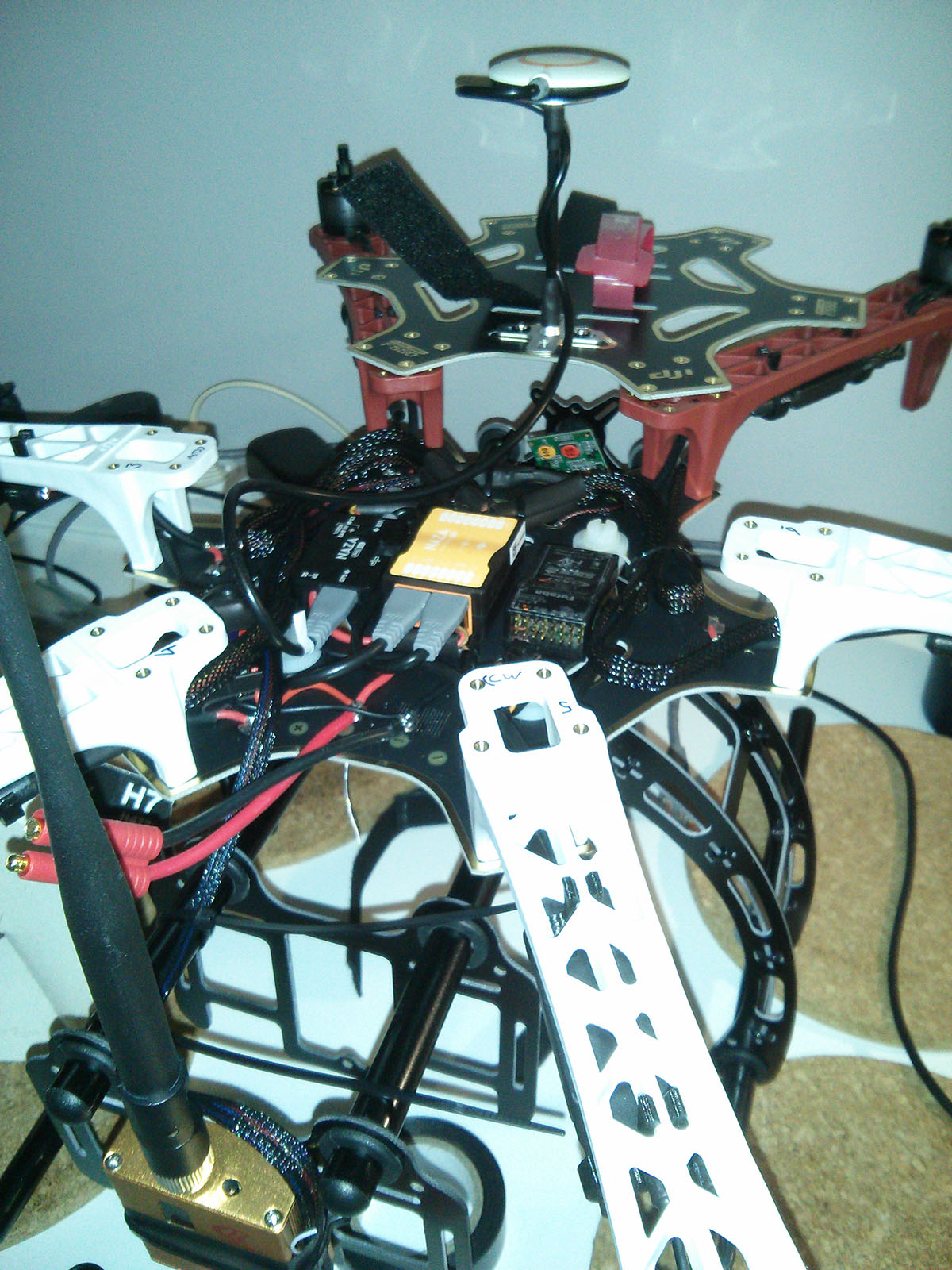 Now the FPV components are build in, and tested, its time to make some cosmetic changes. Together with the hobbyking order, I ordered a H550 frame kit, so I had 6 spare arms. I decided to paint 4 of them black. 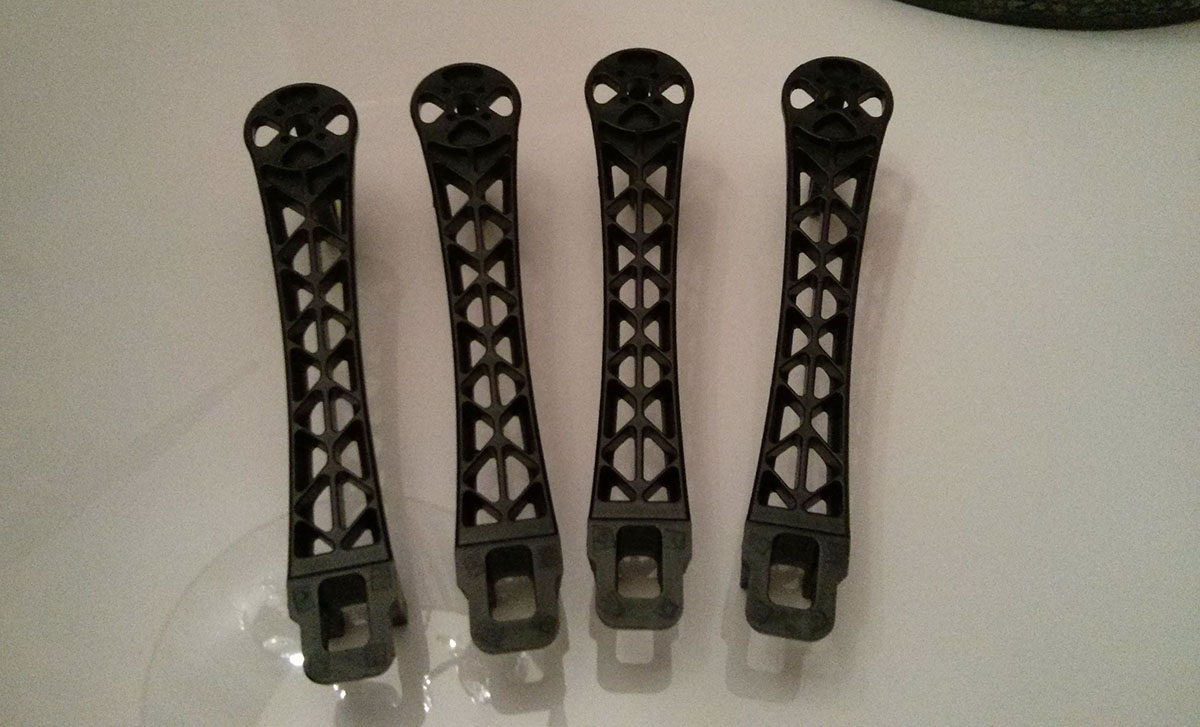 And, this is the ‘final’ result! 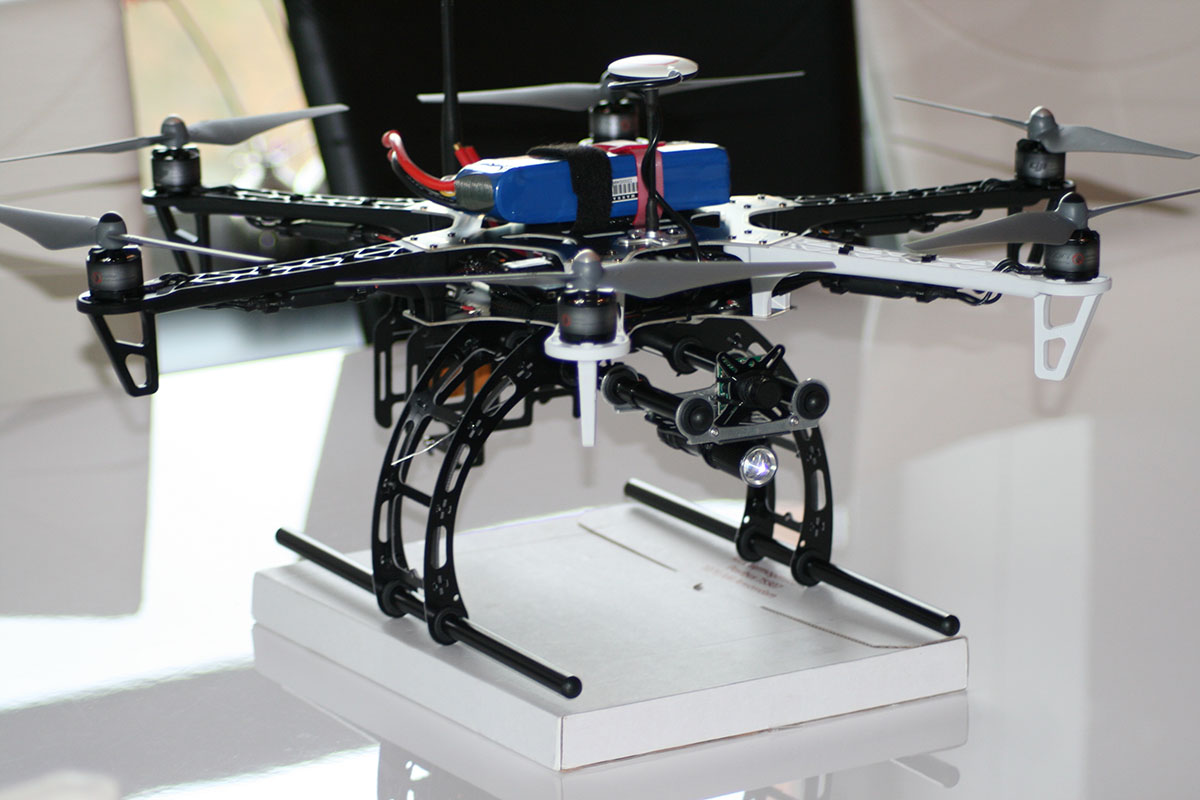 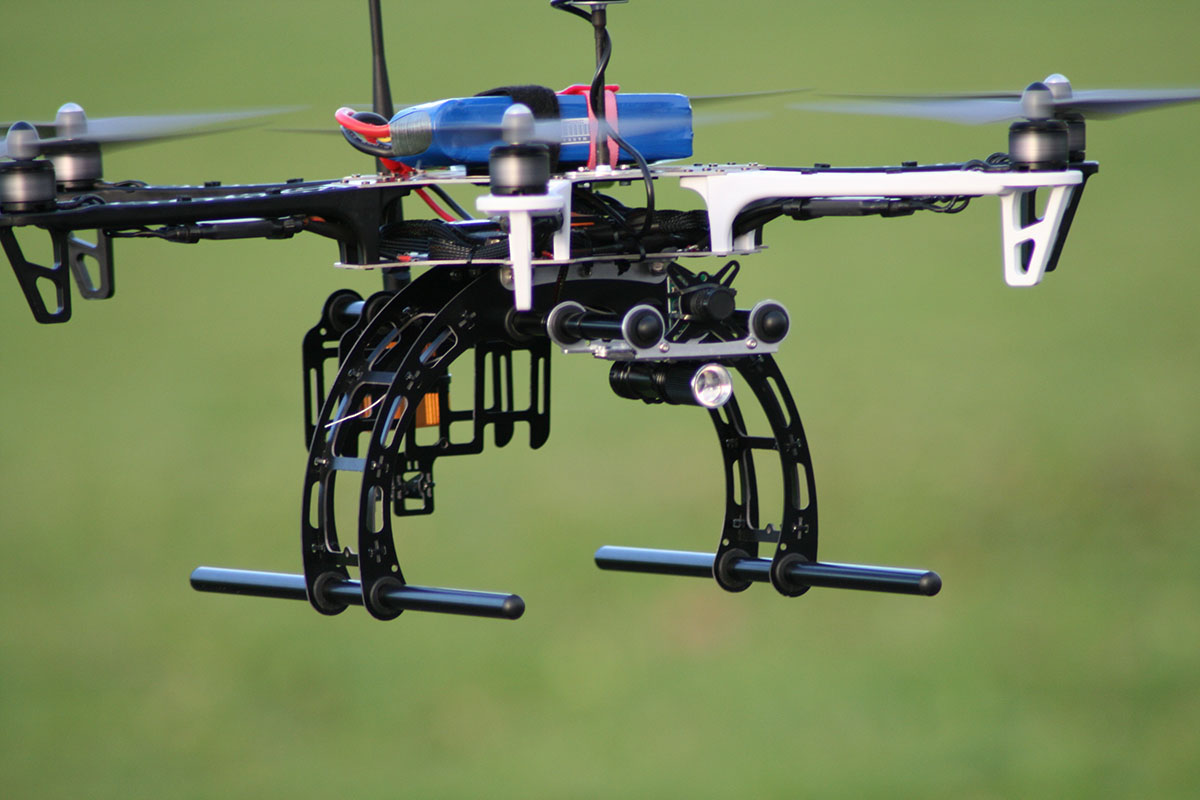 As for the groundstation. I mounted all the components to a little wooden board. The components are taped of attached with velcro.

And the entire wooden board is place to the screen using velco. 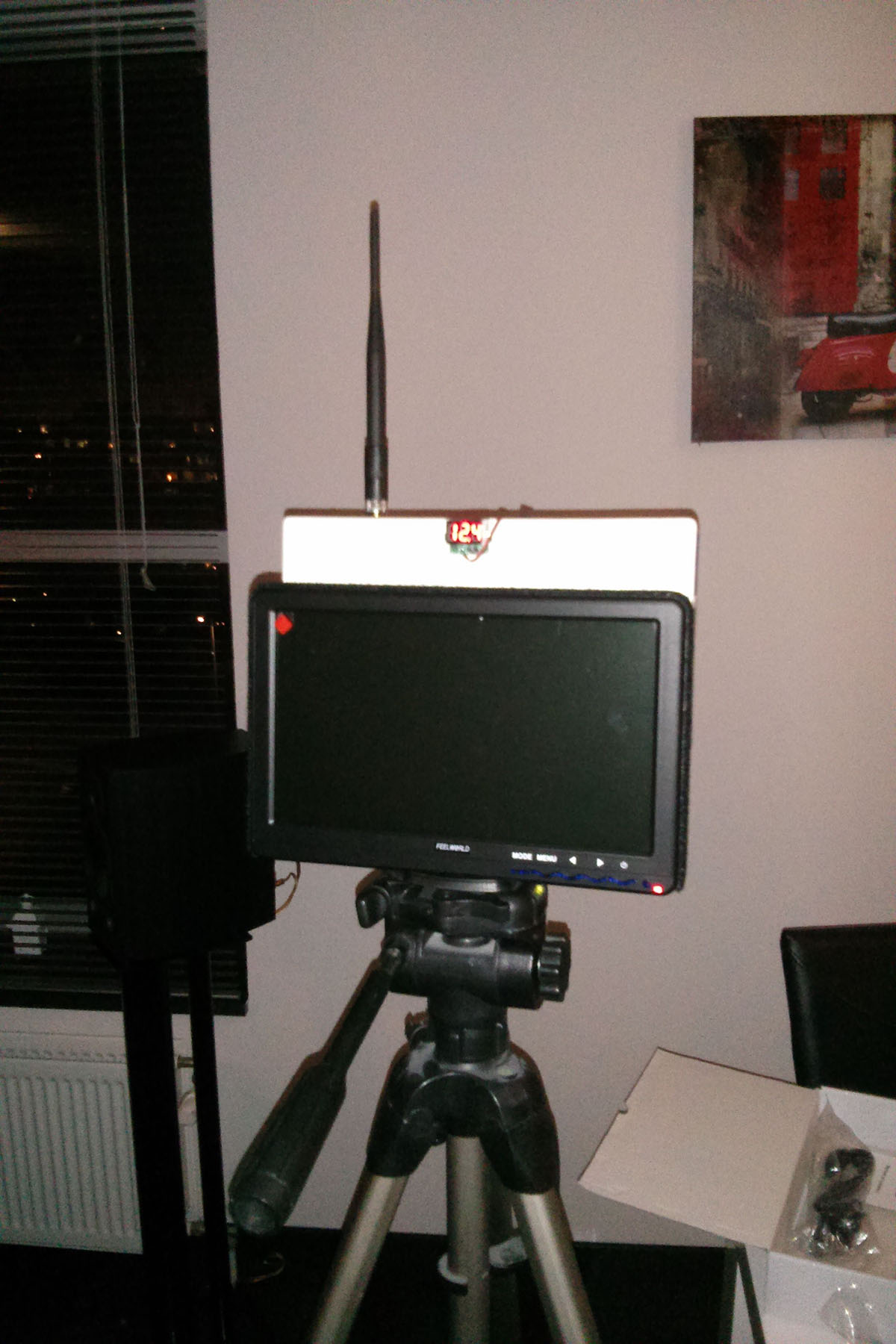 I the end, I’m very happy with the result.
The setup placed in the beginning of this post is the final setup, so the gimbal and SJcam are still missing. I also replaced the second hand futaba receiver in an attempt to resolve the poor range I get (failsafe kicks in at about 500m).