After flying around with the F550 for a while, I discovered the second hand bought Futaba T8FG TX appeared to have some problems.

The Futuba was modified by the previous owner, and I think this causes the transmitter to perform worse than most other radio’s.
A range check with the F8TG proved the max range of my transmitter is about 500 meters. After binding the F550 to an Futaba 14SG from a friend, I achieved a maximum range of 950m.
Not bad, considering 1,3Ghz video is a range killer.

I decided to get rid of the F8TG, and buy myself a FrSky Taranis 9D Plus. This TX has known range issue’s while using the 1,3Ghz band for video signal…
The backup plan is adding a Immersion RC EZuhf JR module to it.

Keeping the backup plan in mind, I moved the 1,3Ghz 800mW video transmitter to the front of the hexa, above the gimbal. Temporary fixed using zip ties.
This gives me as much space in between the receiver and the video transmitter as possible on this crowded multirotor.

The 3D printed mount for the VTX is a perfect fit for the FrSky X8R Receiver. I might order the exact same mount again…
The X8R is placed as much to the back of the F550 as possible at this moment. When I use some longer cables, I can move it an other 5cm (2 inch) to the back (5cm is a lot on a 55cm hexa!).
I  might try this later, or when moving to UHF. 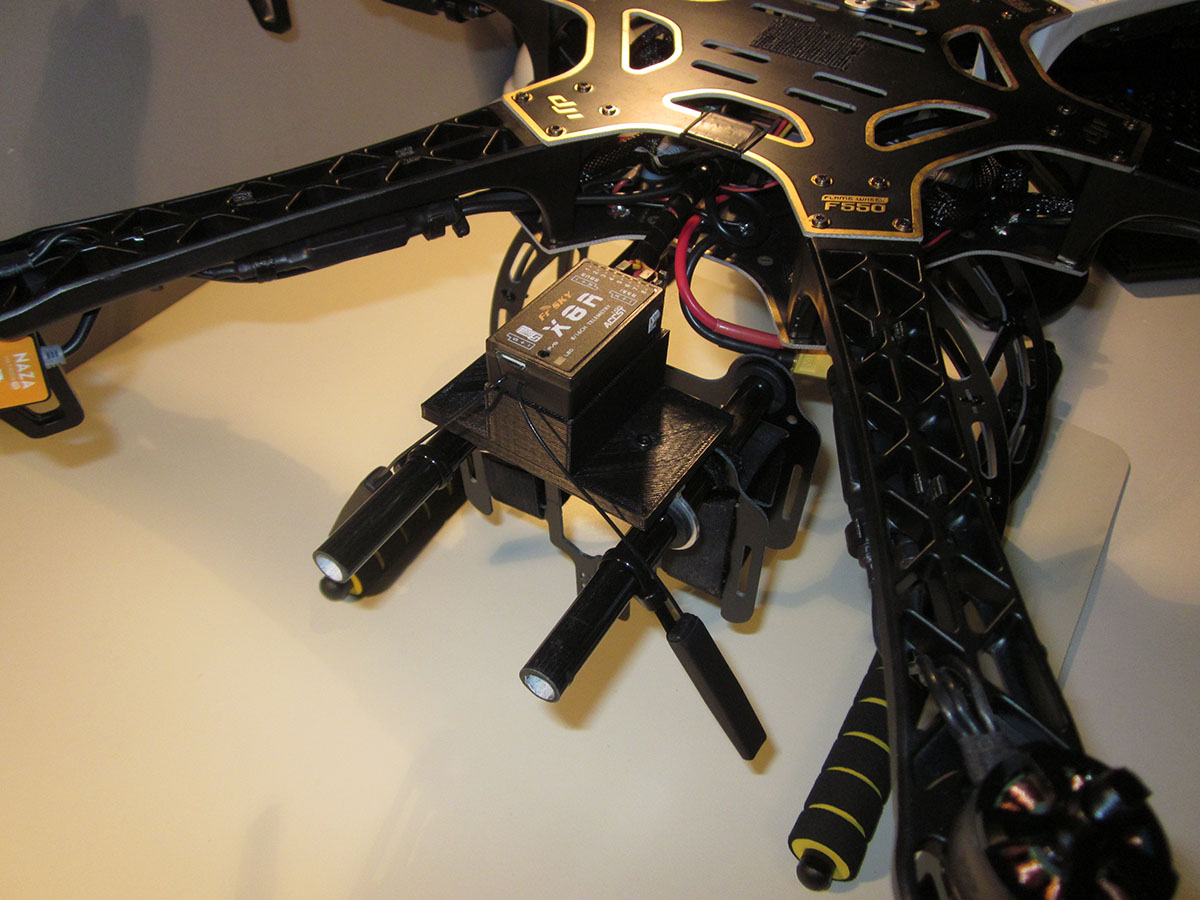 As you can see, the spacing between the components is as much as possible.

Well… lets just say, the FrSky Taranis is much much worse in combination with 1,3Ghz video then I had ever expected!
A range test today resulted in a failsafe at just 120 meters! The range test was done with the setup as pictured above.

The first step in troubleshooting this problem, was adding some aluminium foil around the VTX. 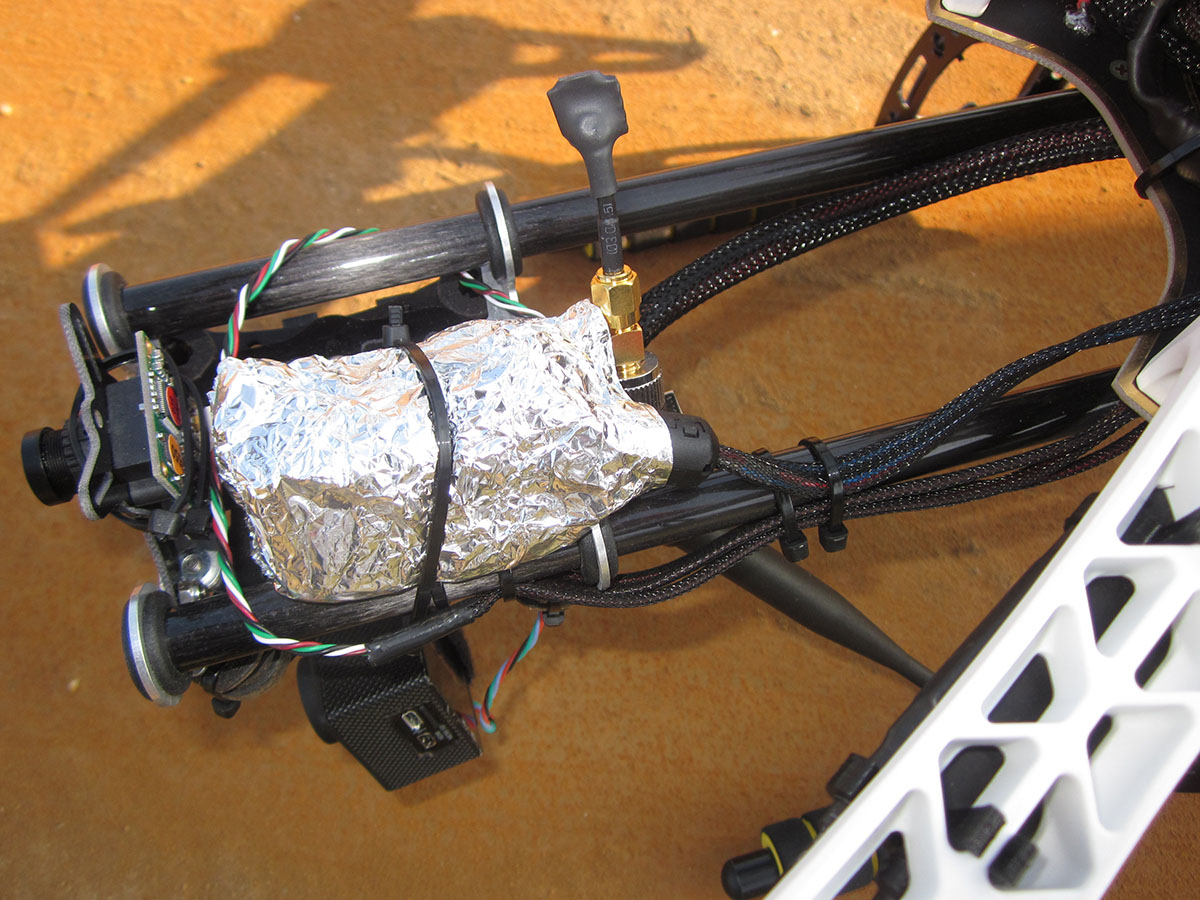 I decided to re-bind the Taranis to the X8R receiver without telemetry (mode 2) so I jumpered the signal pins of channel 3 & 4 and redid the binding procedure.
doing this improved the range to around 290 meters.

So, I did it! I stated the obvious! FrSky Taranis is absolute rubbish while using 1,3Ghz for your video signal. At least, on a relatively small hexacopter it is.

Time to move to plan B, UHF!