A 3D printer has always been high on my wishlist. The idea of being capable of printing my own designs / prototypes, improvements, upgrades, ect. always seemed super handy. A few weeks ago I took a deep breathe, and dived in to the world of 3D printing. While researching the technology and the products on the market today, I became clear to me my first printer should be a DIY kit. For me the road to get a 3D printer to works is as least as much -if not more-  fun as using the printer when finished. Another pro is the upgradeability of a open-source design, like the Prusa i3. The Prusa i3 has a huge community around it on the world wide web, full of upgrades and tuning guides.

A few weeks ago I made the decision to order a kit from kitprinter3d.com.

The plan was to blog about the build process, and report my findings on this build. To be very honest, the build was simple and there isn’t that much to report about 🙂
Kitprinter3D provides an online manual (in Spanish, but google translate saved the day!) and the build is pretty straight forward. They even provide ready tuned firmware to load in the controller board (an Arduino Mega + RAMPS 1.4 board in my case).

After building the printer and loading the firmware, just level the printbed, and start a print!

I woudn’t be me if i’m not working on some upgrades already, and i will me sure to keep you guy’s posted on this. There is a lot more to tell about the upgrades anyway! 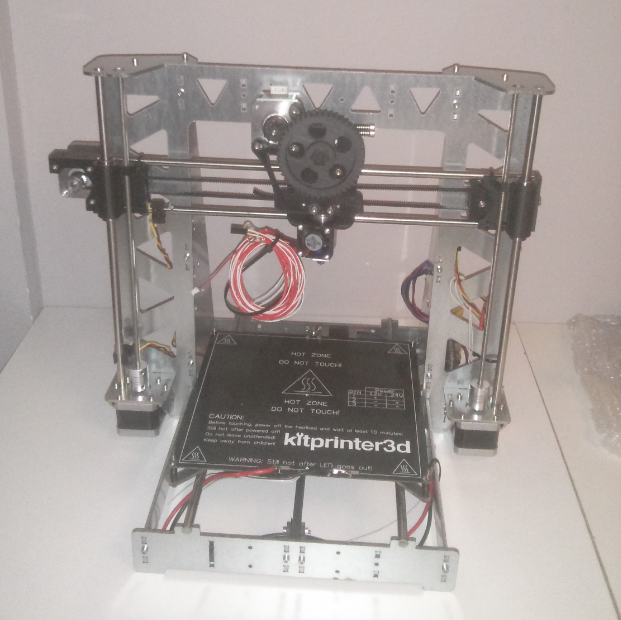